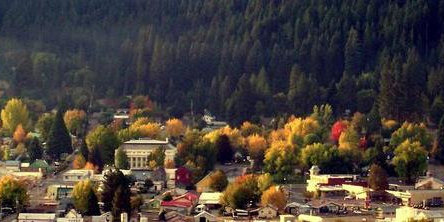 This week, the California State Assembly will vote on SB 100, a bill that would accelerate the state’s current 50% Renewables Portfolio Standard (RPS) requirement from 2030 to 2026 and raise the RPS to 60% by 2030. The bill also calls for the state to fulfill all of its energy needs with zero carbon resources by 2045.

Sierra Business Council supports SB 100, and as a part of the Sierra Nevada business community, we hope you’ll raise your voice with us and sign on to a letter we will be sending to Sacramento ahead of the vote. Click here to sign on!

The content of the letter will be as follows:

To the Members of the California State Senate and Assembly:

On behalf of the organizations listed below, we write in support of SB 100, which accelerates California’s current 50% Renewables Portfolio Standard (RPS) requirement from 2030 to 2026 and raises the RPS to 60% by 2030. In addition, the bill calls for the state to fulfill all of its energy needs with zero carbon resources by 2045.

California’s climate and energy policies have already delivered major economic benefits for the state. Expanding clean energy through SB 100 will create quality jobs around the state – in the areas that need them the most like rural counties with higher unemployment levels. The last time California expanded its RPS, it was a statewide boon for jobs, creating a minimum of 354,000 additional direct job-years, along with at least 879,000 job-years in construction. SB 100 will only increase these numbers.

Many California businesses have made a commitment to purchasing clean power, SB 100 would make it even easier for them to do so. Accelerating California’s clean energy generation means our businesses will have access to the affordable, clean power they prefer, and be sheltered from the price volatility of fossil fuels.

SB 100 is particularly important for our region in the Sierra Nevada. The biomass industry, as a renewable energy source, will be invigorated under SB 100. By supporting the biomass industry, SB 100 will reduce GHG emissions and other climate pollutants from severe wildfire, improve forest health, create good, high-paying jobs, and sustain our forested rural communities that steward the natural resources the rest of the state depends on. Moreover, important Sierra mountain communities have already pledged to move to 100 percent clean, renewable energy, such as Nevada City and South Lake Tahoe. SB 100 will make it easier for other Sierra towns to join these renewable energy leaders.

We support SB 100 and we ask that you do too. The acceleration of our state’s renewable energy generation is good for California – jobs, public health, GHG reductions, air quality, resource protection.