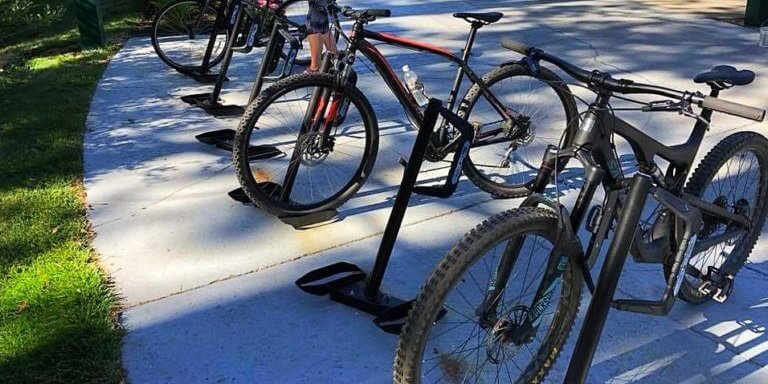 South Lake Tahoe, CA and Incline Village, NV—August 21, 2018—Thanks to a grant from the Tahoe Fund, the Lake Tahoe Bicycle Coalition is distributing 215 free bicycle racks throughout the Lake Tahoe Basin through September, creating secure parking for 430 bicycles at key public destinations.

The Tahoe Fund contributed $35,000 in grant funding for the bike rack effort along with $10,000 from the Nevada Commission on Tourism. Supported by additional in-kind support from the Tahoe Regional Planning Agency, the nonprofit Bike Coalition is distributing the high-quality bike racks to Tahoe’s local jurisdictions and government agencies. Each of the two types of racks being distributed can park two bicycles. The racks are being installed at bike paths, parks, trailheads, beaches and other community gathering places and recreation hotspots.

“We’re excited to partner with the Lake Tahoe Bicycle Coalition to get more folks out of their cars and enjoying Tahoe on bikes,” said Amy Berry, CEO of the Tahoe Fund. “Improving transportation is a critical need in the Basin, so racks that allow people to safely store and lock up their bikes is a win-win.”

“We’re excited that people seeking secure bike parking at destinations around Lake Tahoe will have an easier time after this week,” said Gavin Feiger, the president of the Lake Tahoe Bicycle Coalition. “This is all part of our mission to make Tahoe more bicycle friendly.” 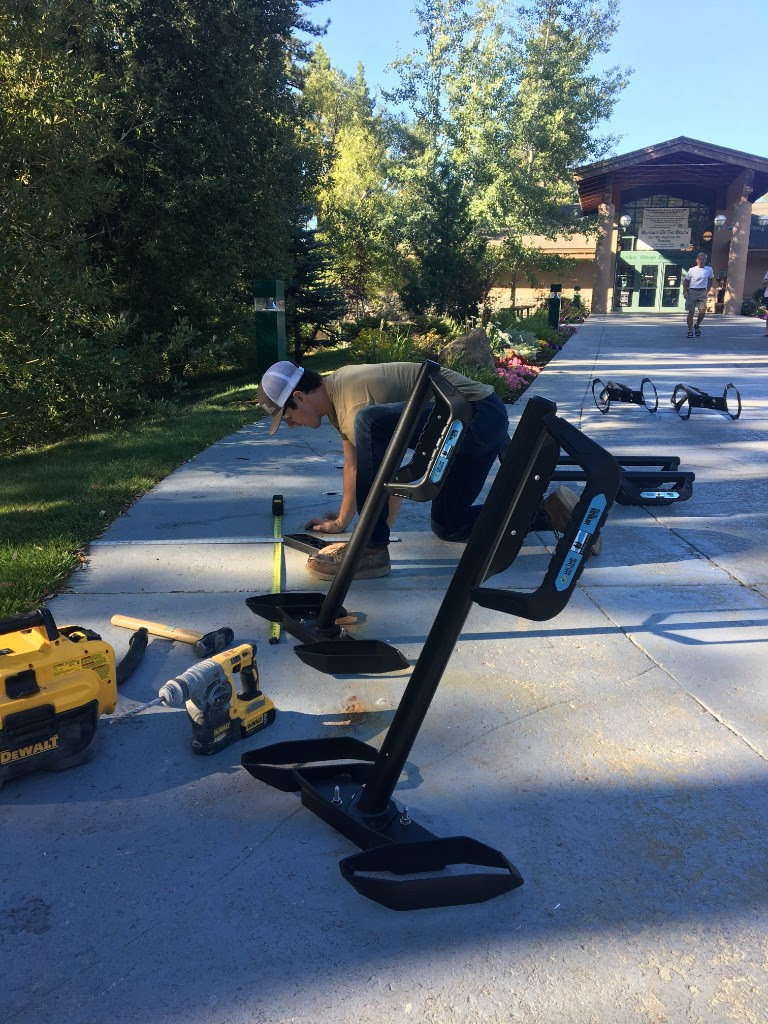 Volunteers with the Bike Coalition assisted Sacramento-based Ground Control Systems with delivery of the racks on August 16 and 17. Along with the racks, the Bike Coalition is also distributing four public “fix-it” stations, where people riding bikes can use tools and a pump to address minor bicycle repair issues for free.

“One of the most common concerns we hear from people, visitors and residents alike, is that they wish there were more secure places to park bikes at Tahoe,” said Feiger. “We’re grateful to our funders with the Tahoe Fund and Nevada Commission on Tourism for helping us address this critical need.”

The Lake Tahoe Bicycle Coalition is an all-volunteer nonprofit organization with a mission to make Tahoe more bicycle friendly. LTBC promotes opportunities for more people to ride bikes in Tahoe, produces the most comprehensive printed and online bicycle maps for the Tahoe region, co-hosts the annual Lake Tahoe Bicycle Challenge each June, and advocates for bicycle safety. Learn more at tahoebike.org.

The North Tahoe Public Utility District received fifteen (15) new bike racks for seven (7) locations in the North Tahoe Regional Park and an additional two (2) racks near the boat launch at Tahoe Vista Recreation Area.  Look for the new racks around the ballfields, soccer fields, playground, tennis courts/dog park, Tree Top Adventures/Ramada picnic area, and at the end of the Pine Drop Bike Trail.  If you’re heading to the Park, think about riding your bike! 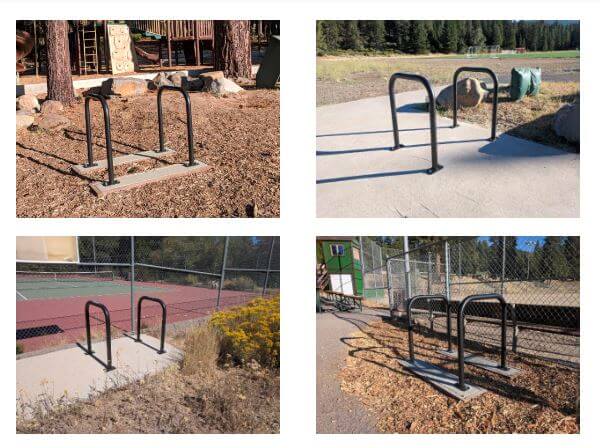