A Voter’s Guide to Civic Engagement by Moonshine Ink 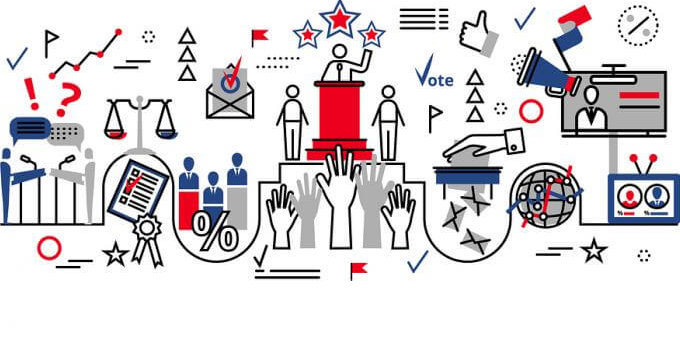 All Eyes on the Primary

A Voter’s Guide to Civic Engagement originally posted by Moonshine Ink on March 8, 2018

With midterm elections heating up, you may be wondering what races and issues to keep an eye on. According to the Public Policy Institute of California, on average only 1 in 4 registered California voters participate in the primary elections, so if you’re paying attention you’re already ahead of the curve.

On June 5, Californians of all parties will have the opportunity to vote in the primary for any candidate of their choosing, and the following general election will be held Nov. 6. Alas, in this age of polarization, media spin, and Russian bots, it can be difficult to find unbiased sources of election information. So we’re listing a few places you can go to get the facts before you decide for yourself, and some specific races to keep an eye on. Hopefully, it’s at least a little better than choosing a candidate based off a neighbor’s yard sign.

ON THE BALLOT: Both California and Nevada have several measures so far approved for vote in June. Issues run the gamut including controversial proposals on rainwater capture, tax exemptions on feminine products, park funding, and crime victims’ rights.

If you are searching for basic information on all national, state, and local races, look no further than Ballotpedia. This easy-to navigate site will provide you with a sample ballot and up-to-date information on ballot measure proposals.

Once you’ve zeroed in on the races you’re following, Vote Smart is a great place to gather more facts about the candidates including incumbent voting records and policy stances.

If you are curious how people are doing on the fundraising front, your first stop is the Federal Elections Commission, where candidates are required to declare the donations they receive each quarter.

OpenSecrets takes this process a step further with multiple search options for deciphering the root of dark money and political action committee (PAC) donations that dominate our post finance-reform era.

Get Registered and Vote

This one may seem obvious, but remember the 1 in 4 statistic mentioned above. The U.S. Vote Foundation is a solid spot to get yourself registered to vote and/or request an absentee ballot. Now is the time to start that process if you want your vote to be counted in June.

Dianne Feinstein served as mayor of San Francisco from 1978 to 1988 before being elected to the Senate in 1992. Although she’ll turn 85 this year, Feinstein is still widely considered the favorite in a race where the closest competitor is fellow progressive Democrat California Senate Pro Tem Kevin De Leon.

In the primarily red and rural 4th Congressional District of California, three democratic women all age 35 and under — Jessica Morse, Regina Bateson and Roza Calderon — are vying for the chance to challenge Republican incumbent Tom McClintock.

Democrats have already outraised the total haul of their 2016 candidate, Robert Derlet, by ten-fold in a race that will surely capture national attention no matter who moves on to the general election.

With Jerry Brown maxed out on term limits after serving 1975 to 1983 and 2011 to the present, the governorship is up for grabs between two democratic favorites.

Three Truckee Town Council members will be up for reelection in the November general election this year including Morgan Goodwin, Carolyn Wallace Dee, and Patrick Flora as their four-year terms will have expired. David Tirman and Jessica Abrams were elected in 2016.

Truckee Town Clerk Judy Price said that candidate filing for these seats will occur in July and August.

Danny Tarkanian is challenging incumbent Senator Dean Heller in the Republican primary in a race that’s widely considered to be a toss-up. A U.S. Congresswoman from the 3rd District, Jacky Rosen, is leading the Democratic charge.

Republican Governor Brian Sandoval will be stepping down due to term limits, so this race is wide open with Republican Attorney General Adam Laxalt and Democratic Clark County Commissioner Steve Sisolak in the front of the pack.

Candidate filing for Nevada, Placer, El Dorado, and Washoe counties takes place through mid-March. There are a number of open positions and ballot measures currently in the works.